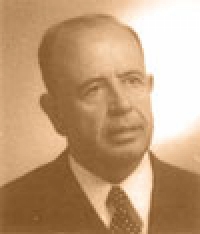 - Born on Mars 16, 1905.
- Opening of a dispensary in Bab Souika inNovember 1934 .
- Since the beginning of his professional life, Mr. Mohamed BEN HAMOUDA had privileged relations with the whole leading authorities.
- January 18, 1952 : He was arrested following the large wave of repression started by the French authorities .
- 1964 : Founder of Touring Club of Tunisia .